What exactly is a blog tour, anyway?


That's exactly what I asked when I was tagged by a fellow writer whose book I enjoyed reading. I liked her description. "Don't worry," she says,"a Blog Tour is tag for grown-up social media junkies." I felt honored to be “tagged” for a blog by a writer I admire and so, of course, I decided to tag two awesome authors to play along. Alan Black and Ethan Erway. They agreed to post their blog next Monday 'tagging' two to three other authors. Ethan and Alan will answer the same four questions about their writing process that I discuss below, and so the Blog Tour continues. Want to play? Contact Alan or Ethan and introduce yourself. They just may tag you in their post. Their profiles and links will be at the end of this blog.


How the Blog Tour Began for me.

I met J.D when she presented at Dog-Eared Pages Friday Night Writes event a few months ago. She gave us so much great information, I had to read her book, The Disillusionment of Anahera Daniels, and can highly recommend it to teen and adult readers. J.D. created an intriguing world that will sweep you away from Earth for a while.

J.D. Scott is a lover of reading, writing and good movies. She has been the organizing member of Abba's Writers in Phoenix, Arizona, for three years. She leads, organizes, and teaches both critiquing and story development to its members In 2013, J.D. Scott became part of the team at A Book's Mind as a Publishing Consultant. She enjoys working alongside writers, helping them fulfill their dreams of becoming published authors. Before being bit by the writing bug, she spent 20 years working with children as a nanny, mentor, camp counselor, and youth group leader. With a heart for today's youth, J.D. Scott set out to write books entertain and inspire them to rise above the current culture and see their value. Paperback edition of The Disillusionment of Anahera Daniels is available at www.jdscottnovels.com

What am I working on now?

Most of you know, I’m currently rewriting and editing a sci-fi/fantasy novel tentatively titled, Pangaea.  This is quite a departure from my previous work. It’s not for kids and I’m thinking of using the penname, A.J. Questerly, for this book to differentiate it from my work for children.

Pangaea is a place where Tolkien’s Elves and Star Trek meet. A bit of fantasy and a bit of science fiction. I'm not really sure which way to classify it. The land has almost become a character in its own right. I can see the architecture of the buildings, ancient forests, and unexpected wildlife here. I'm hoping my rewriting will allow my readers to see Pangaea just as vividly.

I love living in this make-believe realm. It’s so different from ours.  Since I've been working on it, I haven’t had to discuss politics with Thom. I just tell him, “that kind of thing would never happen on Pangaea. That alone, is worth all of the hours I've put into it. If up to me, I would never leave.

But then I fell in love with another idea, so while I'm rewriting Pangaea, I'm also writing the first draft to another book. My working title is #RKBAM. I can't tell you what that means yet. This one is a contemporary young adult novel.  I’m about a third of the way into it. I know how it will end, and what needs to happen. I just need to get it on the page in the right order.

How does my work differ from others in its genre?

Unfortunately, according to publishers and agents, it differs too much. For example, I wrote my books, The Minstrel’s Tale Trilogy, for smart kids (ten years old and up). Every rejection I've received from agents and editors said, “although I like the story,  since it doesn't have a child as the main character, it’s NOT a children’s book”. Can’t sell it to a children’s publisher, can’t shelve it in the children’s section of a bookstore. No deal.

I guess I could have rewrote it and cast Amos as a younger minstrel, and tried harder to get a contract from a major publisher. I thought about doing it, but didn't feel it would be fair to Amos. After all, he told me his story, trusted me with it. I only wrote what he whispered into my ear as my fingers hovered over the keyboard. I decided to self-publish instead and Amos is thrilled with that decision.

Besides, some of my favorite novels when I was younger did not have young main characters; 1001 Arabian Nights, Gulliver’s Travels, and The Hobbit, to name a few. When I brought this up to the first publisher who rejected The Minstrel’s Tale, his answer was, “but those are classics.”

Well, I wouldn't want to write one of those, would I?

Anyway, I’m almost certain to come up against the same type of argument with Pangaea. Since it doesn’t follow the formula for either sci-fi or fantasy, and has romantic element, but isn't exactly a romance. It won't fit neatly into any genre, which is what the five big publishers seem to require. I'm still going to submit it and try the traditional route first, but I'm not holding out much hope and I’ll have no problem self-publishing if needed.

I guess my problem is that I don't write for publishers; I write for people who enjoy reading the same kinds of books, I do. Smart kids, open-minded adults, and escapists.

I'm okay with that. I'm also fortunate enough to live in a time where self-publishing is an option. Sure, it’s a lot more work. The editing, proofreading, cover design, formatting, and marketing, but I'd rather self-publish than write a different type of story from the one which captured my imagination in the first place. I don’t think I'd have the patience to even finish such a book.

Why do I write what I do?

Because I’m crazy? I write what the voices in my head tell me to write. I don’t know how else to explain it. Ideas bombard my brain like flights of butterflies. Every day, I have dozens of ideas for new stories.

The ones I write, are the ones which pester me the most. They haunt my dreams at night and plague me during the day. A scene plays out in my mind, complete with dialogue, emotion, and body language. Or an entire world begs to be called into existence. Or a house implores me to close my eyes and explore every nook and cranny.

With The Minstrel’s Tale, it was Amos’s constant whispers. His fairy tales, his problems, his worries and concerns. Pangaea was sparked by a question my son frequently asked when he was little. “Why do we have to have money?” #RKBAM ignited my imagination with picture of a beautiful home for sale. The ultimate dream home. A home designed with love and money. So much money, even if I'd won the lottery I couldn't afford it such a house. So much love, I was inexplicably drawn to the people who lived within its walls. Since I couldn't exactly stalk the actual owners of this home, I made them up. They're great people, I can't wait for you to meet them.

How does my writing process work?

I'm ADHD so I need absolute quiet when I write. No distractions whatsoever. No music. No one else in the house. My phone turned off. To resist temptation, I don't have cable or the internet at home and I only keep books in my house which I've already read.

I schedule two days a week to stay home and write while Thom runs our bookstore, Dog-Eared Pages. This way, I know I have plenty of uninterrupted time to really get into my scenes. I also take advantage of early mornings. I write at 4:30 in the morning. I don't get much accomplished during this time, since there are so many things that need to be done in the mornings, but I’m at least able to work on some minor parts of my book or my blog during this time.

I can usually finish a first draft within 30-45 days. However, I've found it takes about a year to rewrite and edit each book. Although this may sound discouraging, I've found rewriting to be just as rewarding as creating. In fact, more so. Many writers think of their books as their children, and that analogy holds here. As wonderful as it is to bring a child into the world, the real joy is in helping to shape that child’s life. To me, rewriting is shaping my book to face the world. Making it strong enough to stand on its own, without me there to explain what I meant to each reader. Like child-rearing, rewriting can be frustrating, delightful, surprising, and terrifying. Sometimes all in the same day.

To me, writing truly is a journey and each story is an adventure to be treasured.

Tag! Alan Black and Ethan Erway, you guys are it!

I've read several of Alan's books and plan to read more. He's also been very helpful as one of my alpha-readers for Pangaea. That should give you an inkling as to how much I respect his writing. 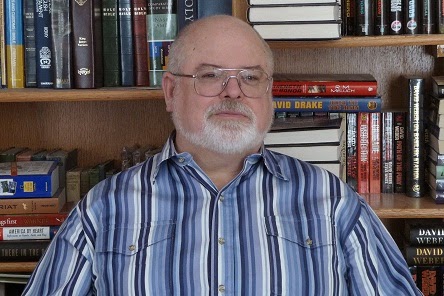 Alan Black has been writing novels since 1997 when he started Eye on The Prize. His writing tastes are as eclectic as his reading preferences. Alan admits that he loves writing much more than editing the whole publishing process. Marketing of his work leaves him as baffled as the whole string theory thing.

Alan was born in central Kansas, but grew up in Gladstone Missouri. He graduating from Oak Park Senior High School and eventually earning a degree from Longview Community college in liberal arts. He spent most of his adult life in the Kansas City area. The exception came at the orders from the U.S. Air Force where he was stationed in Texas, California, Maryland and Japan. He and his wife were married in 1977 and moved back to Independence, Missouri, but they now live in sunny Arizona. He says the dry desert air stimulates his creativity more than the juicy air in Missouri (pronounced here as ‘misery’) and he has yet to shovel sunshine out of the driveway.

His desire to write started in the second grade. He was given an assignment to write a short story about Greek mythology. His teacher took the time to call his parents. Although neither his father nor his mother remembered the incident, it had an impact on him eventually leading him to on the Price. He has gotten faster since them completing his last manuscript in three weeks.

So far, Alan Black has written the following books. Check them out! 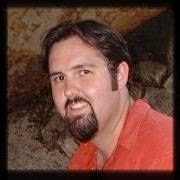 Ethan Russell Erway, author of the ADVENTURES OF MICHAEL BELMONT young adult fantasy series, and THE BLEEDING STAR CHRONICLES and BLOWING OFF STEAM adult novellas, has been a life long fan of the fantasy and science fiction genres. His third book, MICHAEL BELMONT AND THE CURSE OF THE THUNDERBIRD, is due for release in late 2013. All these works are available from Amazon.com and various retailers. Ethan is a regular participant in Phoenix Comicon and other sci-fi/fantasy conventions.

He is currently the Minister at Agua Fria Christian Church in Humboldt, AZ where he lives with his wife Kara and sons Gabriel and Caleb, who are homeschooled. The family also provides care for foster children.

When you get a chance, give these guys' books a try. They're fun reads!