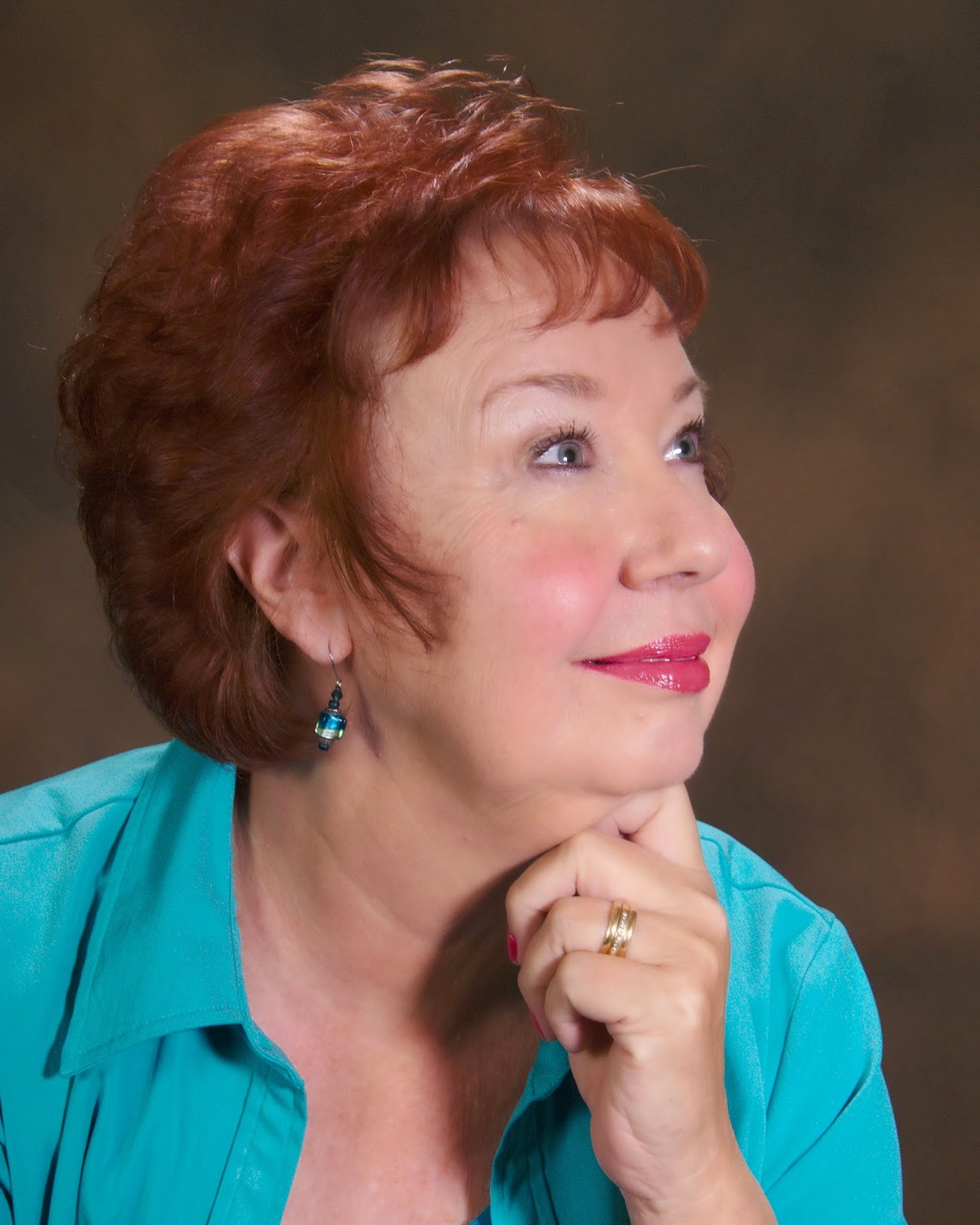 Happy Friday, my friends! I've been so excited to begin introducing you to some of my friends and today, I get to start with a wonderful woman and a fantastic writer, Sharon Moore.  Although her photo is lovely, it doesn't begin to show how sweet Sharon is. In person, she's an absolute doll and hilarious. Whenever we've been at a signing together, she's had me and everyone else around her ROFL.

I know she looks quite innocent, doesn't she?  Don't let her fool you, this lady has a wild side, too. (more on that later).

For now, I'll let Sharon tell you a bit about herself. If you like what you read, reach out to her, and say "Hi!" She's a fun friend to have.

“Cooking Up a Mystery with 13 Elements” 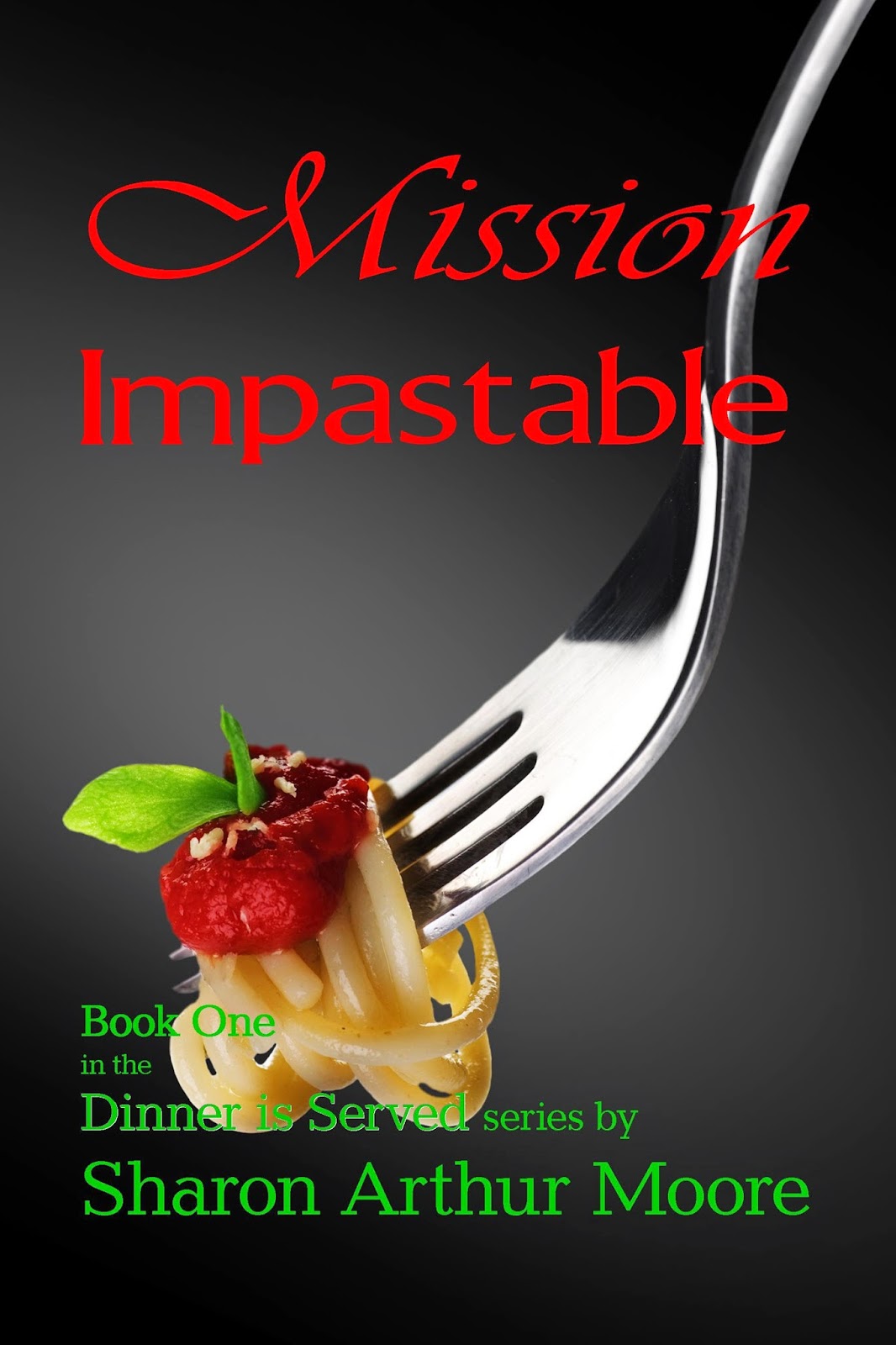 I am thrilled to be the first guest post on Anna Questerly’s blog. I have admired Anna for a while now and have happily hosted her on one of my blogs. You might want to check her “Dash of Romance” at http://angelicafrench.blogspot.com/2015/02/guest-post-dash-of-romance-by-anna.html

One of the oddities of the cozy is that were it true that so many crimes and murders occurred in the same small town, no one could afford the insurance rates to live there! The reader is willing to suspend disbelief in order to see what their favorite cozy mystery sleuth will get into this time. But in real life, no one would encounter so much mayhem.

At root, mysteries are puzzles to be solved. Some are gritty and hard-boiled, but if you are interested in writing a cozy mystery, either culinary or bookstore or knitting or gardening---or some other hobby or interest--there are some specific elements you will need to include.

1) Cozy mysteries are most often set in a small town or rural setting so you get to know residents across books. That’s called a “closed circle” mystery. Strangers don’t “do the deed” very often.
2) Almost all cozy mysteries are part of a series that usually has a theme/occupation/hobby to tie it together.
3) Cozy mysteries often have punny titles tied to the theme/occupation/hobby of the series. My culinary mysteries for example have titles of Mission Impastable, Prime Rib and Punishment, Potluck, Cooks in the Can, and Ancient Grease.
4) Whereas cozies are generally G-Rated, they have evolved to where there may be mild cursing and the mention of sex “off stage”.
5) Cozies often have humorous components and/or quirky characters.
6) The reader has access to all clues the sleuth has but they are obscured with red herrings and false leads.
7) Most cozy mysteries feature a murder but it could be some other serious crime.
8) Typically the victim is not an admirable person, so the crime, while not justifiable, may be understandable.
9) Often the murder (or other significant crime) occurs near the beginning. But not always. Cozies can introduce the murder well into the story.
10) Murders take place “off stage” so there is little or no explicit violence or gore described. Often those details are cloaked or even omitted.
11) Cozy mysteries use plot devices (like false identities, hidden motives, camouflaged murder weapon or locked room) to further the confusion of clues, suspects, and timelines.
12) The amateur sleuth is reluctant and uses common sense to solve the mystery. The sleuth is drawn into solving the crime by unavoidable circumstances.
13) The clever villain is never as clever or smart as the amateur sleuth.

Cozy mysteries are very popular with readers, but it is also quite a crowded field for publishing. Readers tend to gravitate to particular authors who might have several series and/or to cozies in an area of interest to them, like cats.

When choosing the focus for your reluctant sleuth, begin with a passion of your own and then imagine what might cause you to get involved in solving a crime. Would you take it on if your reputation or freedom were at stake? Would you search for a missing child you love? What if your best friend or mother might go to jail?

Cozy crime solvers would much rather get back to cooking--or whatever--but if they don’t step up, they believe the crime will go unsolved. After it’s over, life goes back to normal. Until the next dust-up.

Bio:
After 39 years as an educator, Sharon Arthur Moore "transitioned" to the life of full-time fiction writer. She's an intrepid cook, game-player, and miniatures lover.

Thank you so much, Sharon for coming onto my blog!

Posted by Anna Questerly at 9:05 AM

Be the First To Know About Freebies and Fun! Follow Anna by Email!